Ohio Breweries Give From the Heart

COLUMBUS, Ohio – 70 Ohio breweries are gearing up to celebrate American Craft Beer Week next month with a special statewide collaboration brew. From the Heart is a fundraising beer to benefit the Ohio Craft Brewers Association (OCBA), the non-profit trade organization working to promote and protect the state’s craft beer industry. 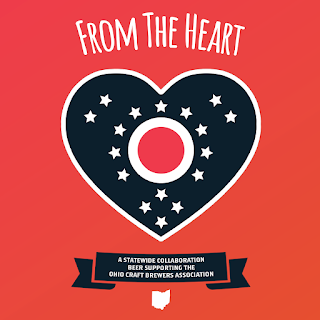 OCBA counts nearly three-quarters of Ohio’s 366 independently-owned craft breweries among its membership, ranging from large, urban brewers like Rhinegeist in Cincinnati, to breweries in smaller communities like The Phoenix Brewing Company in Mansfield and Ill Mannered Brewing in Powell.“Without the OCBA we would have been in a much more challenging position during the pandemic,” said Tom Ayers, co-owner of Ill Mannered Brewing. “They were invaluable in ensuring we could reach our customers safely and efficiently by helping to get added service space and delivery options approved at the state level.”Since its establishment in 2007, OCBA has primarily funded its mission with funds derived from membership dues and large-scale beer festivals. Due to the COVID-19 pandemic, OCBA was forced to cancel Columbus Craft Beer Week and the associated Six One Pour beer festival in both 2020 and 2021, as well as the 2020 Ale-O-Ween festival in Dayton and the 2021 Winter Warmer Fest in Cleveland. The loss of more than a year of event revenue has dramatically impacted OCBA’s operating budget.“What better way to give back to an organization that has tirelessly supported craft beer throughout the entire pandemic than by participating in the From the Heart collaboration,” said Carmone McFarlane, co-owner of The Phoenix Brewing Company. “We are excited to work with members from every part of the brewing industry, which not only survived the pandemic but is growing because of the efforts of the OCBA.”The From the Heart fundraiser was made possible through the generous support of OCBA allied business members Blue Label Packaging, Crosby Hops, Great Western Malting, Lemon Grenade Creative, Origin Malt and White Labs, who donated ingredients and packaging materials for the project. Breweries participating in the collaboration purchased the donated ingredients from the organization and brewed a variation on an IPA/pale ale recipe developed by OCBA board members John Haggerty of Warped Wing Brewing and Mark Hunger of Great Lakes Brewing Company. The name “From the Heart” – coined by Krista Alvarado of 4KD Crick Brewery in Defiance – was chosen out of dozens of suggestions from OCBA members.OCBA is led by a volunteer board of 11 brewery owners and employees from around the state, as well as two full-time staffers: executive director Mary MacDonald and deputy director Justin Hemminger. This small team provides a wide range of member services, including legislative advocacy at the Ohio Statehouse, brewery marketing through programs like the Ohio On Tap passport app, technical and educational conferences and seminars, and community-building connections between breweries and the businesses that support the industry. 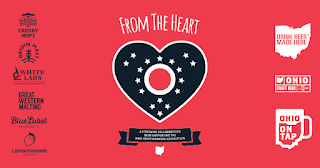 “OCBA is a fantastic resource for Ohio breweries and Rhinegeist is pleased to participate in the From the Heart collaboration as a way to say ‘thank you!” said Chris Shields, director of education at Rhinegeist. “Mary, Justin and the board members kept breweries informed and educated on the constant stream of updates and opportunities during the pandemic and have continued to find creative ways to show love to Ohio beer.”From the Heart will be available on draft at participating brewery taprooms for American Craft Beer Week, May 10-16, 2021. A number of the breweries plan to package the beer for limited distribution as well. More info is available online at ohiocraftbeer.org/fromtheheartFounded in 2007, the Ohio Craft Brewers Association is a nonprofit guild that exists to promote, preserve, diversify and unify Ohio’s craft brewing industry. We aspire to be recognized as the industry leader at both state and national levels for preserving the art of making high-quality, unique craft beer; to serve as the unified voice for craft brewers across the state; to advocate on behalf of the Ohio craft beer industry; to contribute to systemic, local community development by driving economic and job growth, while creating experiences that bring people together; to promote safe, responsible enjoyment of Ohio craft beer; and to serve as a beacon for local production and manufacturing through craft beer, resulting in diverse choices for consumers.