Fifty West Brewing Company adds a new thirst-quenching option to the Cincinnati “beyond beer” space, with their Hard Lemonade, crafted with Meyer lemons. 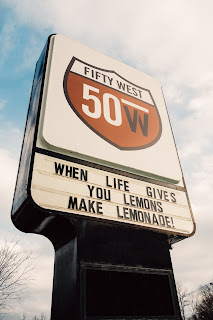 Since Fifty West’s inception in 2012, the craft beer industry has seen enormous growth. Shelves at alcohol retailers around the country ballooned with new varieties, which in turn caused singular brand loyalty to shrink. Additionally, consumer interest towards non-beer options flourished, especially within the burgeoning markets of hard seltzer, hard kombucha, ready-to-drink cocktails, etc. The industry casually refers to this emerging category as “beyond beer” products.

This increased competition to grab drinker's attention in a more crowded marketplace created renewed pressure on craft brewers to innovate outside their traditional product space. When faced with this transitional issue, Fifty West began to speculate on how best to grow as a company and offer more diversity in their canned beverage line-up. Unfortunately, this pivotal moment came as a pandemic ravaged the nation.

“We were in the early throes of COVID. We had to pause our future business plans, get lean, and then risk everything on our new concept, now known as The Fifty West Burger Bar,” said Managing Partner Bobby Slattery. “While trying to keep our staff and customer morale high, I changed our marquee to read “When Life Gives You Lemons, Make Lemonade,” which offered some unintentional foreshadowing. Luckily, the new space became a success, and those words rang true. People came pouring into the Beer Garden and we couldn't be more thankful and proud of our team for the work they put into it.”

This new space generated lots of attention but also provided an added layer to the brewery’s established brand identity. Optically, the Burger Bar brings a modern take on nostalgia, with a concept inspired by American root beer stands and 1950s carhops. Under this newfound landscape, the team at Fifty West had a revelation, to design a drink based on their own backyard as their first foray into "beyond beer". 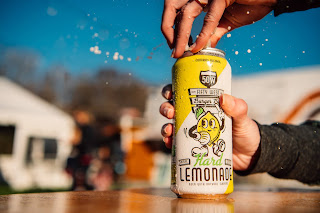 “We landed on taking a chance with Hard Lemonade after considering many options. We did a lot of market research and had conversations with our wholesaler and retailer network, but most importantly, we liked that we were bringing liquid to shelves that fit our evolving brand image, “ said Vice President Max Fram. “Imagine holding a cold Hard Lemonade on a sunny Summer day while sitting in the Beer Garden. You're with your friends, your dog, and an overflowing plate of crinkle-cut French Fries. It just feels right.” 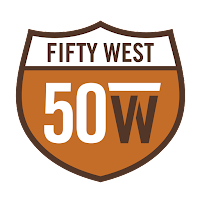 This new creation is brewed like a sweeter hard seltzer with Meyer lemon juice and natural flavors. Meyer lemons are known to be less acidic with a nuanced citrusy lemon depth. “It’s the most R&D we’ve ever put into a beverage. We tasted countless flavors and juice combinations until we landed on something that tasted special and we liked calling our own," said Fram.