What I Enjoy About The Craft Beer Community 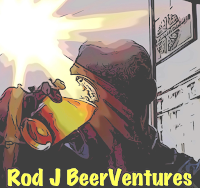 There are many things to enjoy about the craft beer community, from the wild variety of great tasting beers, the what seems to be unlimited access to them as more and more breweries launch and increase distribution, to just the fun and general camaraderie of it all. And that's the part that I would I say I have enjoyed the most.

This past weekend I was able to connect with the guys from my Beer Flow show that we run on my YouTube channel on Thursday evenings at 9:15 pm eastern each week.

It is through the beer world that we were all able to meet and forge some great friendships and even though this was our first time meeting in person, except for Todd and I which was our second, to an outside person it would seem we knew each other for years...fact is we have, but just not in person.

Some people have said online friendships aren't real and they're not the same as being in-person. But I could easily say some real friendships met offline in person could be the same way as well, as some may not be true friends. And in a way, some may be more relaxed online than off, regardless, our coming together was a good thing and no doubt real. And it wasn't just with us, other beer friends have done the same from around the country and the results seem to always be great and all from just our love of beer. 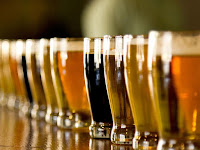 Different backgrounds all coming together around one thing that has helped to broaden horizons and introduce people that may have never met previously, that's just awesome to me.

Getting to meet Joe, Eric, and Todd, along with Joe's dad, Average Pop well really Jack but Average Pop to us, after doing 70+ episodes of YouTube shows and not to mention other YouTube and Facebook things was a capper to all that has been built thus far. It is something that I look forward to doing again not only with these guys but with others as well. The beer community isn't perfect, but it's got a lot of good things going for it, and camaraderie is on that list.

Check out one of our brewery visits here, and visit the YouTube channel to see more...and now Go Out And Get Your Beer On with some friends preferably.