Children In Breweries And Questions Formed

So this past Saturday, I had a little time to kill and decided to stop by a couple of breweries to try some new beers and grab a bite to eat, nothing too surprising and not something that I have done many times before. But this time was a little different as I watched what was being displayed. 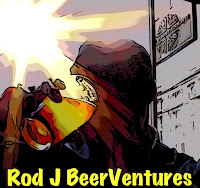 Over the last few months, I have seen and read various pieces around whether children or pets should be allowed at breweries. This has never been a real issue for me, as I have seen people bring their dogs who in my situations have always been well behaved. I have also seen some people with children who have also tended to be well behaved, but as I mentioned today was a little different.

So as I am sitting at my table starting to eat and drink while checking some beer sites, updating the YouTube channel and doing some other various things, all of a sudden I just hear the yelling of two children running back and forth. Now at this point, they aren't near me, but that was soon to change. They are kids being kids, probably around 3-year olds or younger and just doing what kids do.

However, as they ran back and forth screaming and chasing each other, I decided to watch the mother of one of them as to how she reacts to all of this. How do I know she is the mother of only one? This is because she pulls up the other child's mother on her cell phone almost next to me to where the kids have been running at this time, so now it's not just the kids but the one mother thinking she is in her own space not realizing others around her.

But as I watched, I had various questions enter my mind. What happens if one of these kids somehow fell and hurt themselves, who would be responsible? What if I had plugged in my computer which would have been into a wall outlet and across where they were running. If something happened then who would be responsible if they were to trip? Or if the computer was knocked off the table, the cost of replacing it? What was going through the mother's mind to think it was okay to let kids just run through a brewery?

At one point, I thought to ask them about their children running around but was more curious to what was taken place even as I looked right at the mom like, these are your kids, shouldn't you be managing them? But then a funny thing happened, the what I assume was the grandmother who would later be followed by the grandfather, started to try to corral the children. They started to try to limit how far they would go, but you know, they're kids and like many of us when young we tested boundaries. But, I did appreciate the attempt which was more than the one mother that was there.

All in all, it wasn't a terrible thing in the large scheme of everything but it did raise the questions I mentioned plus others. If parents bring children to a brewery then should they be required to manage and keep them within a certain area? Also, is it really a good environment for little children to be in what can usually be an adult heavy area where who knows what may happen or be said? You wouldn't expect little children in bars, but somehow, breweries have tended to become okay.

And I'm not saying people with children shouldn't' be able to go out and have fun at breweries as well, but I would just think there should be a more responsible factor in manage children if you bring them. What do you think?

Like I said, in the end it tended to work out fine, Although, once I finished eating and drinking my flight, I went to my second brewery had a flight there and also purchased more beer to take home, and ultimately, shot a nice video for the YouTube channel since it was much more peaceful even though more crowded but sans children. What are your thoughts on the matter?

And, check out the video below of me sampling some solid brews at the second brewery, Cheers!