CLEVELAND – The Ohio Craft Brewers Association released the list of participating breweries for the 13th Annual Winter Warmer Fest. 61 Ohio craft breweries will showcase their winter seasonal, limited-edition and high-gravity beers at Windows on the River on Saturday, March 9, 2019 from 2-5 p.m. The total number of breweries is up five from 2018's sold-out event and features 11 first-time participants, reflective of the rapid growth of craft breweries in Ohio.

The Winter Warmer Fest is a fundraiser for the Ohio Craft Brewers Association, a non-profit organization founded to promote, preserve and unify Ohio’s craft brewing industry.

Winter Warmer Fest will once again feature a cask area with several breweries offering special infusions available only at the event. Many of the brewers will be on hand throughout the day to meet and talk with Ohio craft beer enthusiasts. 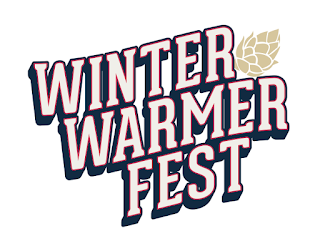 Attendees will enjoy a spirited entrance courtesy of Black Sheep Pipes & Drums, plus live music throughout the event from Austin Walkin’ Cane and Chris Allen. Four food trucks will be set-up on site: Fired Up Taco Truck, The Manna Truck, Scott’s Fire and Ice, and Slyman’s Tavern.

Founded in 2007, the Ohio Craft Brewers Association is a nonprofit guild that exists to promote, preserve and unify Ohio’s craft brewing industry. We aspire to be recognized as the industry leader at both state and national levels for preserving the art of making high-quality, unique craft beer; to serve as the unified voice for craft brewers across the state; to advocate on behalf of the Ohio craft beer industry; to contribute to systemic, local community development by driving economic and job growth, while creating experiences that bring people together; and to serve as a beacon for local production and manufacturing through craft beer, resulting in diverse choices for consumers.
Posted by Rod J at December 23, 2018