Blank Slate Brewing Company was one of our local breweries here in Cincinnati. For five years they were able to produce solid well-crafted beers and then one day, poof! They were gone. How does this happen? A brewery that makes well tasting and solid beers is one that many would think would be around for a long time. There are many breweries that make beer that is only half decent at best, and yet they have been around for decades. How could this happen? Well the simple answer may just be that we often take good beer for granted.

Currently across America, we have over 5,300 breweries that are now in operation and I believe the true number may be closer to now being about 5,500. Think about that number…5,500. This includes Brewpubs, Microbreweries, Regional Breweries and of course, the big boy macros. In 1981, there were 40 breweries operating…across the country. That is some massive growth my friends and at some point, some of the smaller ones are almost in a spot to inevitably face an uphill battle due to the large amount of choice now across the beer landscape.

When Blank Slate closed its doors, so many couldn’t believe it that its owner, Scott LaFollette, even released a statement to end any speculation which had begun to swirl. His response was very simple, yet telling.

“The reason for our closure is pretty simple. We ran out of money. There is no big conspiracy, no secret takeover, no legal troubles or personal issues. We simply don’t have enough cash to keep going.”

Simple and effective, to the point and addresses what may be one of the biggest obstacles for smaller breweries to face, cash flow. Without this, breweries cannot do all that is needed to keep things sustained for some. This is just basic economics, so how do we avoid this for the breweries that we love and appreciate? Here are a few of my thoughts: 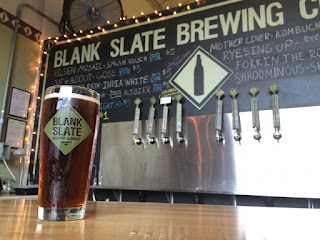 ·         Show and Maintain Support – We have to show up for these breweries and keep on showing up, we can never assume they are good enough to just make it.

·     Respect The Breweries – We need to be conscious to do the things that respect the brewery and avoid those that don’t. For example, not taking beer glasses that cost the breweries to replenish their stock. There is nothing wrong from buying them and they will appreciate it.

·         Spread The Word – Get others excited about the breweries by sharing their story and encouraging others to check the brewery out. One of the great things about the craft beer community has been a sense of just that, community. We can always do more of this. Also, ask stores if they are carrying the beer of breweries that you like. The more they hear it then the higher the chance of the brewery being distributed if they are set up to do so.

Craft beer has become a highly competitive marketplace and not paying attention to one of your favorite breweries may lead to them possibly disappearing, so make sure you wave that flag of the brewery you love. Not doing so and being silent may end with you being compliant in their disappearance.  Now go Get Your Beer On and show that brewery some love! 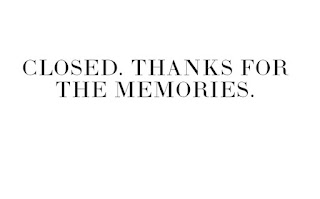 Did I miss anything? Let me know your thoughts by dropping some comments in the comment section. Feedback is always appreciated, as well as sharing with others!