Give Me Five with MadTree Brewing

Cincinnati boasts at least 25 breweries throughout the region, and one of the ones really making some noise is MadTree Brewing. Sitting off the I-71 highway in between downtown Cincinnati and Kenwood is this spacious brewery where beer styles are never short of being found. Recently, I had the chance to catch-up with Mike Stuart of MadTree Brewing to discuss the brewery and conduct another "Give Me Five." 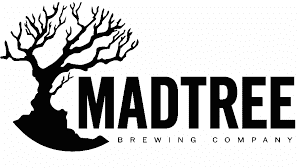 2. How did you come about starting the brewery?

"The three co-founders (Kenny, Brady, and Jeff) were friends working normal corporate day jobs in engineering and marketing that began homebrewing with a very scientific and meticulous approach. They began to realize they could this passion could be much more and then spent more than a year working on their business plan, raising capital, and planning out the physical brewery."

"The approach where we start the idea for a beer from a particular flavor profile, color, and mouthfeel. Then you work backwards to make the ingredients fit the vision. It's also about constant exploration; different styles of beers, different ways of brewing, becoming more efficient, and a methodic approach to continuous improvement."

"Since the beginning, the vision for MadTree has always been to be the most respected brewery in the region. The $18M expansion into MadTree 2.0 is under construction now and should be open by the end of 2016 in Oakley."

"We have four core canned beers available year-round (PsycHOPathy IPA, Lift Kolsch, Happy Amber Amber, and PSA Pale Ale) and regular rotating seasonals (right now, Rounding Third and soon Sol Drifter) along with some limited can releases (recently, Identity Crisis and Galaxy High coming in a couple of weeks). Of course, we also have some special releases like the Funk Series of sour and funky beers that we released last Sunday (six different beers) and other fun stuff like the Cincinnati Flower Show collaboration beer, Hortense. We also regularly produce draft only seasonals. The taproom always has 17 different beers on tap that rotate regularly -- often beers that never make it out to distribution. We are constantly brewing new styles and new beers."

Thirsty yet? MadTree definitely has a lot of good things going on and I must extend a big thank you to Michael Stuart for taking the time to provide these answers. Also, I want to thank Dan Shatto, who serves as the Director of Hoppyness at MadTree. It was through him that this interview was possible. MadTree is definitely one of the breweries in Cincinnati that any beer drinker needs to visit. So, if you find yourself out cruising I-71 going toward or away from Kenwood then why not make a visit. Just jump off at exit 8 and c'mon around, they'll be glad to see you. 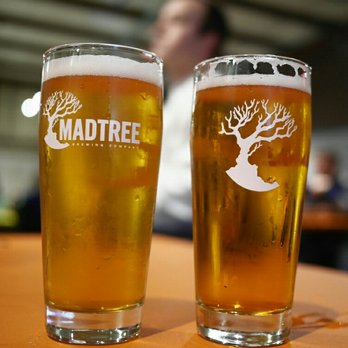