Give Me Five with Tröegs Independent Brewing 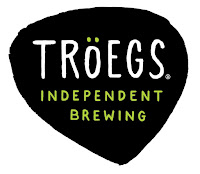 Located in Hershey, Pennsylvania is one little gem of a company and I'm not talking about the one that made their name from candy, but it is just as sweet. Growing up in Southern New Jersey, I can remember the trips as a child that we used to make to Hershey, Pennsylvania to visit Hersey Park. Man, the fun we had. It was a blast. And to recognize Hershey again later in life, I must say there is a fondness for sure. It seems that good stuff just comes from or just happens there. So once again, it has proven to be home to another success: Tröegs Independent Brewing.

Tröegs is doing some good things on the craft beer scene, yet it seems the word is still getting about them. So hopefully, I am able to help shed some light on them and peak your curiosity. I recently had the opportunity to meet Jim Lampe with Tröegs. Jim is the one of their sales representatives and has the responsibility of working with Ohio as his territory. We initially discussed the company during the Cincy Beerfest that took place in February and in follow-up to that discussion, I now present to you another "Give Me Five" on Tröegs Independent Brewing.

"We opened shop in 1996 in Harrisburg, PA. We relocated to our current facility in Hershey in 2011 to expand."

2. How did the brewery come about being started?

"After attending various brewing schools (at home and abroad) our owners, Chris and John Trogner, decided to return to Pennsylvania to put their business plan in action. They had lived in Colorado at the time, and had originally wanted to open a brewery there. After careful consideration, they decided the PA market would be a better place to launch and so returned home!

"Brewing is an art form. We don't pigeonhole ourselves into one category or another. We're not an English ale brewery, we're not a German lager brewery, we're not just testing the limits of new-age hop varietals. We take aspects of all these influences and put our spin on them. You might notice with many of our beers when it comes down to style, the lines are blurred. The Scratch Beer Series is emblematic of that mantra."

"Tröegs is vehemently independent, as stated on every bottle cap. We plan to stay that way and feel that we can do so while remaining competitive amidst an extreme population of craft breweries. No matter how big we become, no matter how many barrels we send into the market, quality, consistency and innovation will be the engines of our progress. We'll grow methodically, hoping to add more states to our current 10 state distribution map as our operations allow."

"Currently we offer 8 year-round beers, 4 HopCycle (seasonal) beers, 3 (soon to be 4) once-a-year beers, and the Anthology 12-pack. That's roughly 16 packages, with a couple more limited beers on the way. Then we have the Scratch Batch Series, which are brewery one-offs that we brew as much as a couple times per month. You can find these in our new Anthology packs. "

I appreciate Jim taking the time to provide this information, and it is good to hear that so many good things are taking place at the brewery. Personally, I don't see anything slowing them down as they seemed poised for great or should I say greater success.

Jim mentioned the limited distribution currently, so where can you find Tröegs Independent Brewing currently? Here is a list of the 10 states where their beers are currently available: CT, DC, DE, MA, MD, NC, NJ, NY, OH, PA and VA. Sadly, no KY, but that's okay for me as I am on the border of OH and I will be checking them out some more for sure, and you should too.

Again thank you Jim Lampe for your time and input and for helping to spread the word about Tröegs Independent Brewing. For those of you that would like to visit their website then here is there link as well: http://www.troegs.com.

Thank you for checking out another "Give Me Five" and remember, keep drinking good craft beer! 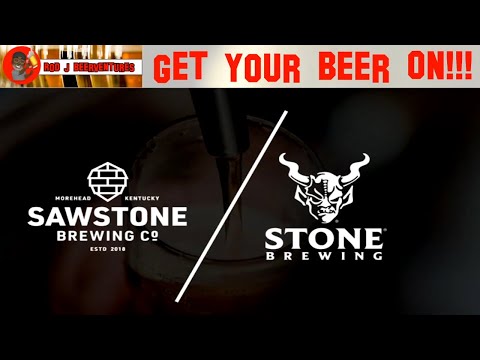