Give Me Five With DuClaw Brewing Company 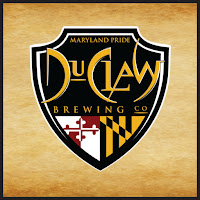 Recently, I had a chance to catch up with Michael Mitchell who represents DuClaw Brewing for its sales in Ohio. We spoke briefly during CincyBeerfest that took place a couple of weeks ago and we discussed some of the great things that have been taking place with DuClaw Brewing. They really have been doing a great job with some of their beers out of Baltimore, Maryland. With that being said, it allowed me the opportunity to bring them to you in this latest edition of "Give Me Five.


When did the brewery become established?

"DuClaw opened its first Brewpub in 1996. Quickly outgrew that location, opened a couple other brewpubs and began mass producing at our production facility in Baltimore, where we make all the beer currently."

How did you come to starting the brewery?

"Our owner, Dave Benfield, started brewing beer when he was in college. Like many college students, Dave wanted to drink beer on the cheap and pick up chicks. The best way to do so, home brewing. In 1996, Dave opened his first brewpub in Bel Air."

What makes the brewery unique?

""Craft Be Cherished, Rules Be Damned" we respect all beers but want to put a twist on the normal. We go outside the box and don't follow the rules. In all we do, we want to keep it cool."

Where do you envision the brewery heading in the future?

"With the advancement of technology, there are endless opportunities for the future. We have some unique pieces of equipment that other breweries may not have. We take pride in using our "Hop Gun," which is a giant hop infuser and our centrifuge to clarify the beer. "We have the technology.""

Sounds to me that they are reconstructing beer with that old tagline from the "Six Million Dollar Man" and I like it.

How many offerings does the brewery provide?

"We offer a dizzy array of beers. In 2016 alone, we have 23 seasonal beers, basically one new beer every other week of the year. We have our core beers, seasonals, foundations series, hop series and limited releases. To get a better understanding you can look them up on our website."

Wow as you can see, they have a lot of good things happening with DuClaw Brewing and I would definitely recommend checking them out. Michael mentioned taking a look at their website for more information and please find that here as well: DuClaw Brewing.

Thank you Michael for your time and responses, I will definitely look to check out some more of your beers and I am hoping my followers do as well.