Give Me Five with Urban Artifact

Following up on this series, I recently had the opportunity to speak with Scott Hunter who is Chief of Strategic Development for Urban Artifact, one of Cincinnati's newer breweries. For those not familiar with this series, I ask a brewery five questions and they provide five answers, in other words, give me five. Nice, crisp, clean and simple...just like some of the best beers. So let's get to it.

But first of all, many may not be familiar with Urban Artifact so here is there website link: http://www.artifactbeer.com/. They are located within an old Northside church in Cincinnati, which for whatever reason, sounds pretty cool to me. And it seems that there initial offerings seem to be quite sessionable which is also cool as I can imagine that you can sit and enjoy and not get too sloshed. But enough about my initial take, let's hear from Scott.

What makes the brewery unique?

"We focus solely on wild and tart beers. Tart beers are beers that are produced using our modified sour mash technique and have varying levels of acidity. Wild beers are beers that are fermented with the wild yeast Brettanomyces. On top of all that we will have a robust traditionally soured beer program which has begun with collecting wild yeast from the air on our property and surrounding area."

How did you come about starting the brewery?

" It all started back in college when we found home brewing and it has really blossomed from there. We have engineering degrees and extensive experience in food and beverage manufacturing."

How many beer offerings does the brewery provide?

"Currently there are two flagships; Harrow a Gose and Finn a Berliner Pale Ale. We also have our first two seasonal beers coming out which are Keypunch a key lime Gose and Clothesline which is a farmhouse rye. Our taproom has 12 total taps so we rotate through those with stuff brewed on our 1 barrel pilot system."

Where do you envision the brewery heading in the future?

"In the very near future we will start to come out with more wild beers and our third flagship Maize which is a Kentucky Common. Past that packaged product in retail stores and further expanding our traditional sour program will be on the agenda."

When did the brewery become established?

"We purchased our property in August of 2014 and opened our doors on April 24th of 2015. The idea and concept goes back years prior however."

Well, there you have it, five questions and five answers. So venture out to Urban Artifact and check out one of the new breweries in town and get funky with some of their beers. Here is also a link to the rest of the team so that you can get to know them as well: http://www.artifactbeer.com/team/. Cheers and hope to see you there! 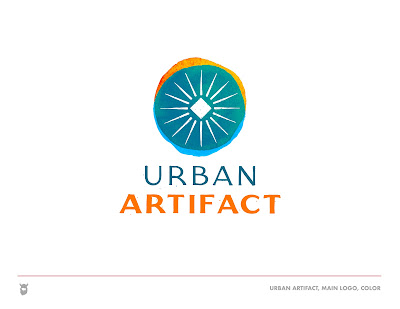