Give Me Five with Braxton Brewing Company

One of the newer breweries now located in the Cincinnati region, Covington, Kentucky actually, is Braxton Brewing Company. They recently opened and have already created a nice buzz about their brewery located on West 7th. I had a chance to talk with Jonathan Gandolf who is their head of marketing about the brewery and make them the focus of the next Give Me Five! 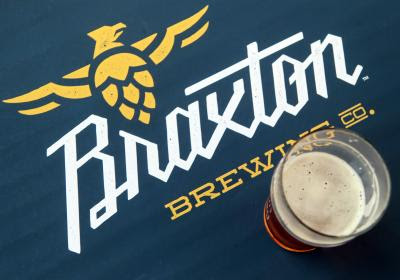 1. What Makes The Brewery Unique?

"Braxton Brewing Company aims to combine the age-old technique of brewing beer with new consumer technology. We have a very diverse team with different brewing and business backgrounds. We want everyone on the team to bring something special to the table. Whether it be our Brewmaster, Richard Dubé, with 35+ years of brewing experience or our CEO, Jake Rouse, with experience building software partnerships at one of the largest tech companies in the world, we are now leveraging all of these experiences to create one cohesive brand and beer experience."

2. How Did You Come About Starting The Brewery?

"Evan Rouse, our head brewer, started home brewing at the age of 16. In his very first competition, he won best in show. At 18, he was hired to work at Hofbrahaus in Newport as an assistant brewer. There, he learned how to make recipes that scale. At the same time, Richard Dubé was working at Moerlein in Cincinnati. After Evan decided, with his brother Jake's urging, that he could start his own brewery, Richard decided to join the team. Evan, Jake, Richard, and Greg Rouse (father of Evan and Jake) formed the Co-Founding team. It was a little more than 18 months in the making but the team that we have assembled, we truly believe it's the best in the business."

3. How Many Beer Offerings Does The Brewery Provide?

4. Where Do You Envision The Brewery Heading In The Future?

"We want to continue to make some of the best beer in Cincinnati and the Midwest. We also want to use beer as a catalyst for change in Covington. Beer was the first social network and it can be a vehicle for change. We've seen so many people collaborating, meeting, and building in our space. We truly want our space and our product to be a resource for the community that we call home."

5. When Did The Brewery Become Established?

Jonathan, thank you for taking the time to share some of the Braxton Brewing story. As one that has visited the brewery, I urge others to do the same. Congratulations on the success of the new brewery and cheers to future success down the line! 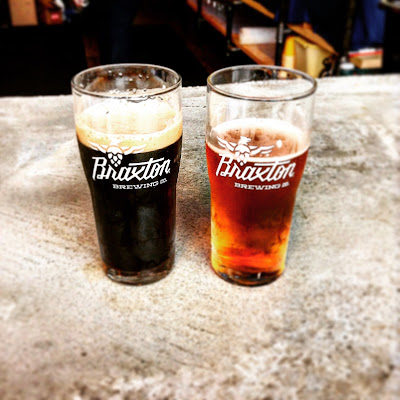