CINCINNATI (January 3, 2019) – MadTree Brewing has partnered with some of Ohio’s best coffee roasters to create a unique coffee beer experience. MadTree’s brewers worked side-by-side with coffee roasters from Deeper Roots Coffee (Cincinnati), Phoenix Coffee Co. (Cleveland), Stauf’s Coffee (Columbus), and Boston Stoker Coffee Co. (Dayton). They collaborated to select, roast, and brew the four unique coffees to give each city’s beer a unique flavor. MadTree then packaged one of each in mixed four-packs of 12 oz cans. Each can’s artwork features a rendition of the respective city’s skyline to pay homage to the corresponding roaster. 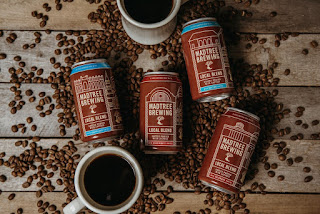 “We love coffee almost as much as we love beer, so we had this idea to partner with some of the best roasters in the state to show how the flavor profile of a coffee beer can be so different depending on the beans,” said Ryan Blevins, MadTree head brewer. “We made sure the beer took a bit of a back seat so the coffee could shine. Overall, it was awesome to see how their passion for coffee mirrors the passion we have for crafting quality beer.”

Deeper Roots head roaster, Adam Shaw, said, “It was great to be able to be a part of the process from the beginning to ensure we were able to create such specific flavors. The brewing and roasting were all done so purposefully to steer the beer with the coffee.” 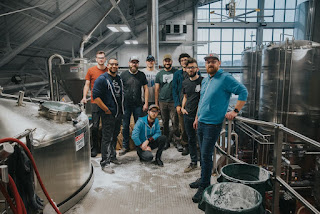 A Local Blend can release party will be held on Saturday, January 5 at 10AM at the MadTree Taproom at 3301 Madison Rd in Oakley. Roasters from Deeper Roots, Phoenix, Stauf’s, and Boston Stoker will be on-hand brewing free, fresh cups of the coffee used in the beers (while supplies last) and Deeper Roots will have a mobile roaster to give a live coffee roasting demonstration. Mixed four-packs of cans will also go on sale for the first time for $12.50 each (including tax).


Cincinnati’s MadTree Brewing made history when they opened in 2013 by becoming the first modern craft brewery to can its beer in Ohio. When it comes to brewing, they have carved their own path. They mix. They mash. They methodically bring quality beer to life, and have fun doing it. Demand from the growing community keeps MadTree motivated and moving. In return, they make nothing but the best beer. They are founded and continue to grow on the notion that beer builds community and community builds beer. MadTree distributes its beers throughout Ohio, Kentucky, and Middle and Eastern Tennessee.
Posted by Rod J at January 08, 2019